The recent news coverage of the tragic case of Ashya King has of course provoked an onslaught of discussion in the law school. Principal lecturer and medical law tutor, Viv Ivins, has been particularly focussed on the evolving tale.:- 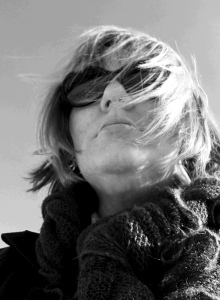 Listening to this story took me back 15 years; my toddler daughter was growing abnormally fast. At just shy of 3 years old, she was the height of a 9 year old, with behaviour patterns more akin to an adolescent. But she wasn’t sick. It was a real struggle to get the medical professionals to take our concerns seriously. We felt let down, not listened to, and disregarded as over-fussy parents. I’m sure no-one actually said “trust me, I’m a doctor, I know best…” but the implication was thrown at us continually. I still have little trust.

A frightened 5 year old likes in a hospital bed, denied visits from his family, whilst his parents languish in jail for 7 hours waiting to hear what are their bail conditions.

Meantime the clock is ticking down on the 4 months doctors say this little boy has left to live.

When the story of Ashya King first broke,  (he was suffering from a form of cancer in University Hospital, Southampton), at first public opinion seemed to be on the side of NHS.   The Public believed that

when a child was suffering, the NHS would be the body to treat them.

But then public opinion, aided by Social media, comments on TV shows such as The Wright Stuff, and unease that seemed to be expressed by the spokesman for police called in by the hospital to search for the…

They were threatened with a Protection Order to remove him if the parents did not allow the high dose radiotherapy! I have had similar blackmail from NHS doctor so I sympathise and understand their actions completely. Imprisoning them does nothing for Ashya.

The dangers of the European Arrest warrant, and indeed of international extradition arrangements is shown quite clearly by the recent case of Ashya King, a five year old boy who is very sick. Against medical advice his parents removed him from the hospital where he was being treated. the news media reported that doctors had said that he could only live for a few hours if he were taken out of hospital being his feeding arrangements, powered by battery, would run out. The Police launched a hue and cry and when it was discovered that the parents had taken the boy abroad the courts issued a European Arrest Warrant, on the evidence of the doctors and the police, which warrant was granted by a District Judge.

The leader of the Council has resigned and there are are calls for the resignation of Police Commissioner Shaun Wright. So we sack a couple of people. Is that going to change anything? No, and it doesn’t even make me feel better.  I want more!

The culture of those organisations won’t change by sacking a few scapegoats. In future, ambitious suits will just be even more guarded about being found culpable. They’ll probably write a new improved policy and do a press release about it (lessons are learned etc).

But Policies don’t work if the real intention of the policy is to ensure everyone does what they should to avoid blame and accountability. A safeguarding policy only works if the people actually CARE about protecting the vulnerable. So who cares? The whistleblowers, that’s who!  The people that tried to stand up for the young people were swept aside, hushed, or demoted.  Let’s put the people that cared back into the system in places of authority.

Isn’t that where they belong? They have shown leadership and moral courage.  Demote the gutless to serve under the people that have shown the necessary qualities. That would probably hurt their pride more than being sacked. It would inspire a return to values-based leadership!

Over time, new people would be brought in by those that cared about serving the people not just own careers.  Doing your job properly would be rewarded!  That would change everything!